There is Value in Precious Metals Mining Companies

Faber said that the nomination of Janet Yellen to head the Federal Reserve could lead to an even bigger bubble.

"With all this collection of dovish professors at the Fed, that actually the asset-purchased programs could be increased—not tapered, increased," he said. "There's no great value in equities with very few exceptions, but it can become even more overvalued."

The Nasdaq was overvalued in the summer of 1999 but continued climbing until March 2000, Faber noted.
"The fact that the market goes up doesn't necessarily make it good value," he said.
Faber said that he saw value in mining companies, particularly precious metals. 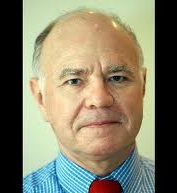