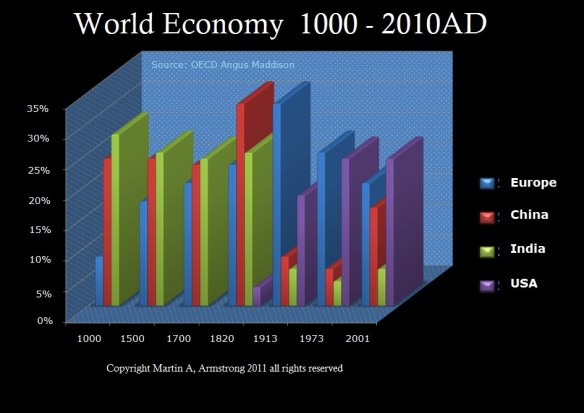 The structural shift from the West to the East is underway and long-term we will see the loss of USA economic power over global financial markets only when there are deeper markets in Asia and the dollar loses its reserve status. Then we will see the decline and fall of the United States and the rise of China as the new Financial Capital of the World. Ultimately, the US dollar will lose its power to China and the very decision the Obama Administration are making today with the sanctions against Russia will be the tipping point in history. We will see that not just Russia shifts to China, but an increasing number of countries will start to do the same. The Obama Administration and its abuse of the NSA, IRS, and CIA, has displayed to the world its arrogance and that is precisely the same reason Athens lost its Empire in ancient times. All of its allies eventually turned against Athens because of its arrogance. Obama has unleashed the NSA upon the world and we are seeing the very same historical trend unfold.