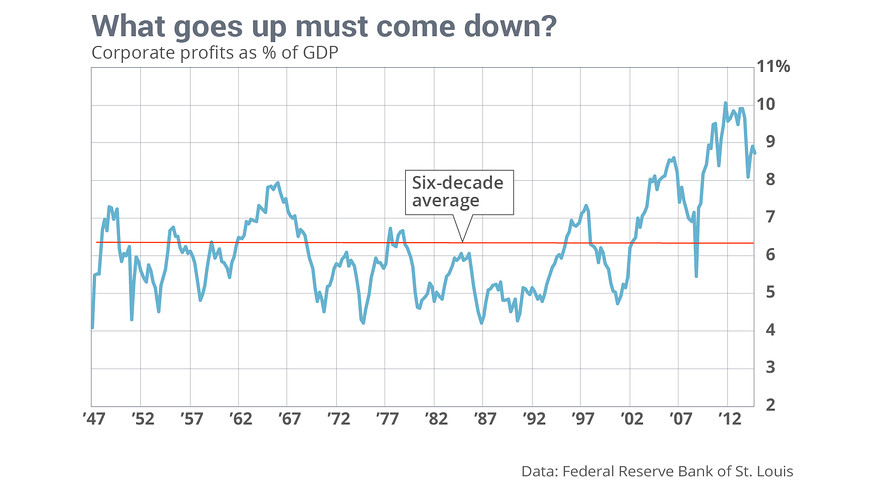 Corporate profits as a percentage of GDP have averaged 6.3% over the last six decades. They deviate wildly above and below this mean, with peaks attained near stock market highs and valleys at stock market lows. The current level of 8.7% is two standard deviations above the 6.3% long-term average, meaning it is above 95% of all instances in history. Based on history, what are the odds of corporate profits rising to three standard deviations above the mean (99.7% above all instances)? Not good. They have already fallen from the 10.1% high in 2012. 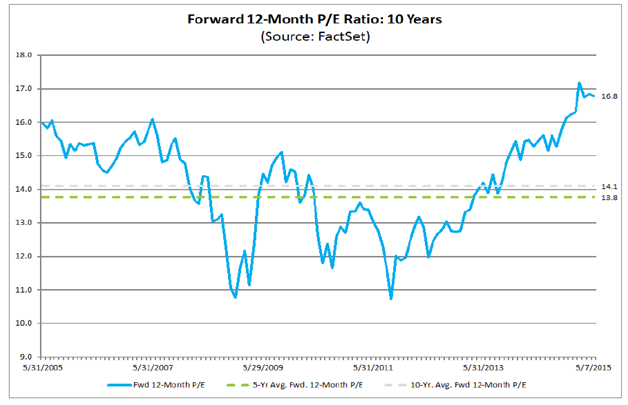 The forward 12 month P/E Ratio, which is always lower because stock analyst “experts” always overestimate earnings, is well above the previous bubble high in 2007.  This P/E Ratio will also revert to its mean over the long-term. In the short-term, P/E ratios will also plunge well below the ten year average of 14.1, just as it did in 2008 and 2011 before the Fed re-inflated them with liberal doses on QE. With the QE spigot turned off, interest rates not going lower, and earnings already falling, all that is left is for prices to adjust to reality. Everything done by our leaders in government, banking and the corporate world since 2008 has been wrong. They’ve done the exact opposite of what needed to be done to purge the system of corruption, mismanagement, reckless use of debt, and the men responsible for destroying our financial and economic system. The public has come to believe these people have saved us, when they have really condemned us to a future of chaos, turmoil, pain, default, debasement, and war. Time will prove those who used reason to be right.