It’s quite interesting to see how much of a change has occurred since the Great Depression.  While things were very bad for Americans in the 1930’s, the amount of U.S. public debt per person was very low versus today: 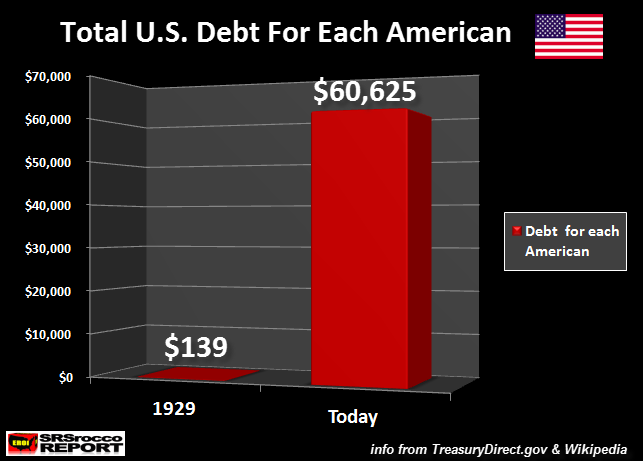 NOTE:  A few readers suggested that I adjust for inflation in this example.  So, if we take $139 in 1929 and adjusted for inflation today, it would be worth $3,288.  So, the net difference would be nearly 20 times higher.