Albert Edwards, a global strategist at Société Générale, has been steadily beating the doomsday drum for decades.

According to Edwards, that cognitive dissonance is all wrong.

The graph is based on the economic policy uncertainty index developed by three U.S. professors — Scott Baker, Nick Bloom and Steven Davis. 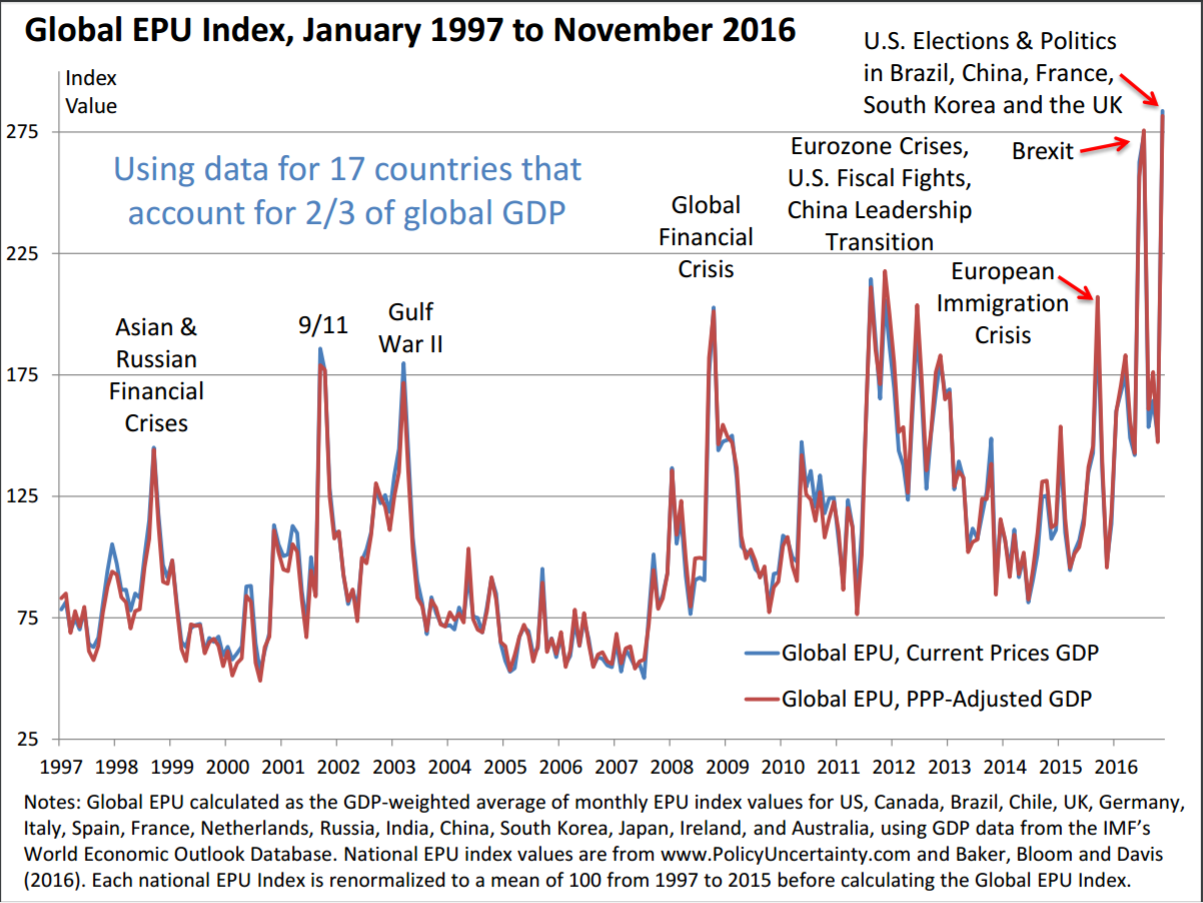