However, something has changed in the market dynamics as the U.S. imported a record 23.8 mt of gold from Switzerland in July: 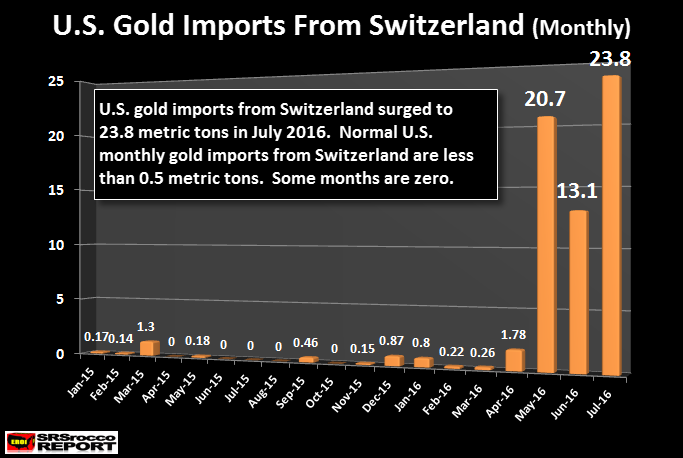 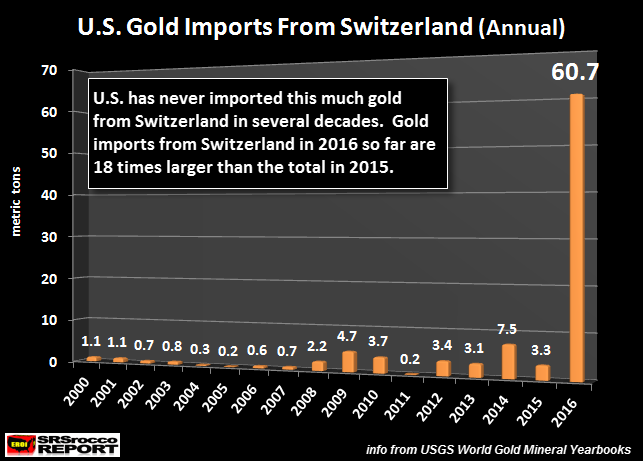 In addition, this is the first year the U.S. has imported more gold than it has exported in several years: 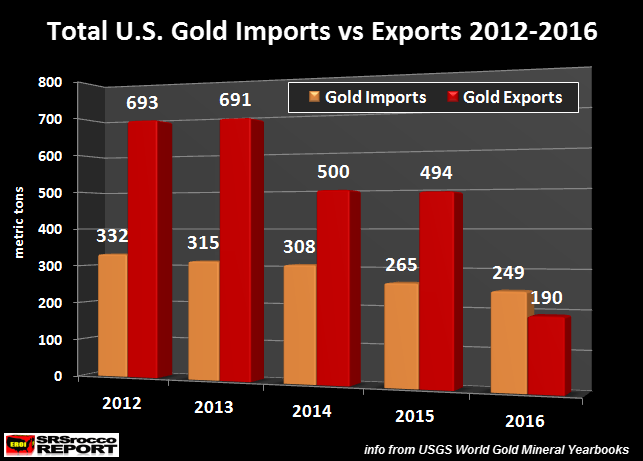