Let’s look at the annual mine production of silver, gold, palladium and platinum.  According to the Gold, Silver & Platinum Group Surveys provided by GFMS (Thomson Reuters), the world produced 877 million oz (Moz) of silver, 101 Moz of gold, 6.7 Moz of palladium and 6.1 Moz of platinum in 2015: 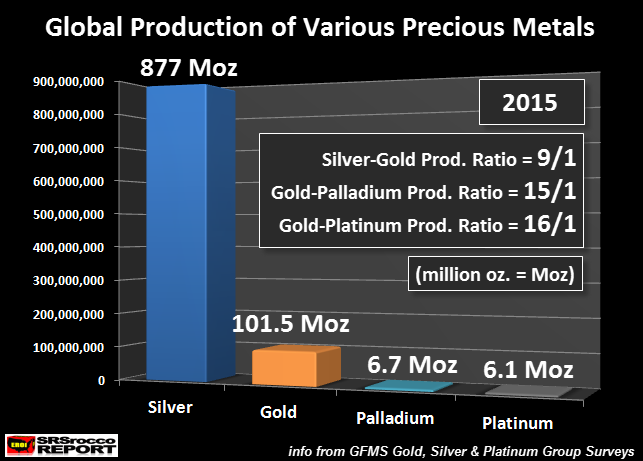 While most precious metals websites focus on promoting gold and silver investment, several are touting the benefit of owning platinum and palladium.  Unfortunately, the majority of the reasons stated to own platinum or palladium may turn out to be incorrect or untrue in the future.  That being said, let’s take a look at the percentage of physical retail investment versus total demand for each metal in 2015: 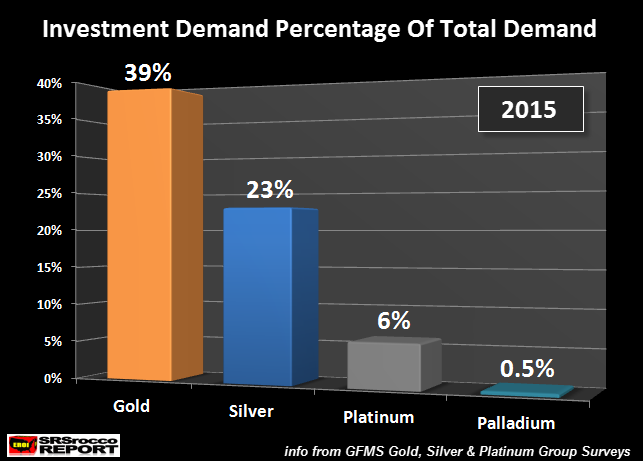