Cash made up around 79 percent of everyday payments across the euro area last year, according to a European Central Bank study. Almost a quarter of consumers also kept some cash at home as a precaution, and 20 percent said they had a high-denomination note – 200 euros ($237) or 500 euros – in their possession in the year before the survey was conducted. 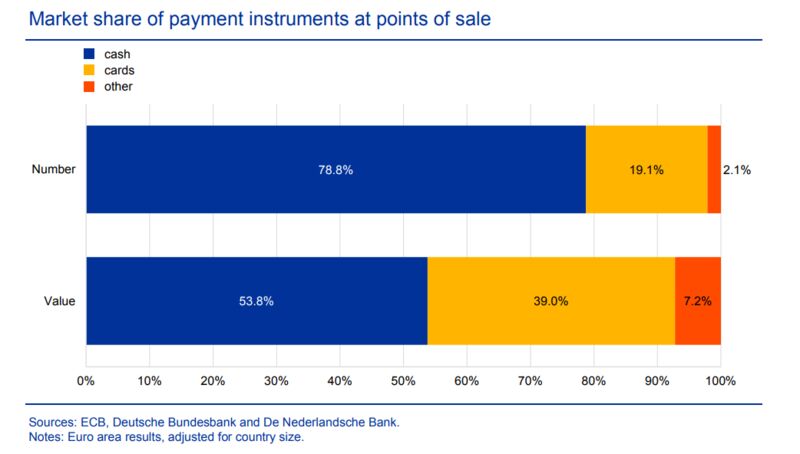 As the study notes, the results “challenge the perception that cash is rapidly being replaced by cashless means of payment.”
The picture differs across the 19 member states though. Cash is most dominant in southern Europe, Germany, Austria and Slovenia, where it in accounts for 80 percent of all payment transactions at point-of-sale. That figures drops to 45-54 percent in the Netherlands, Estonia and Finland. 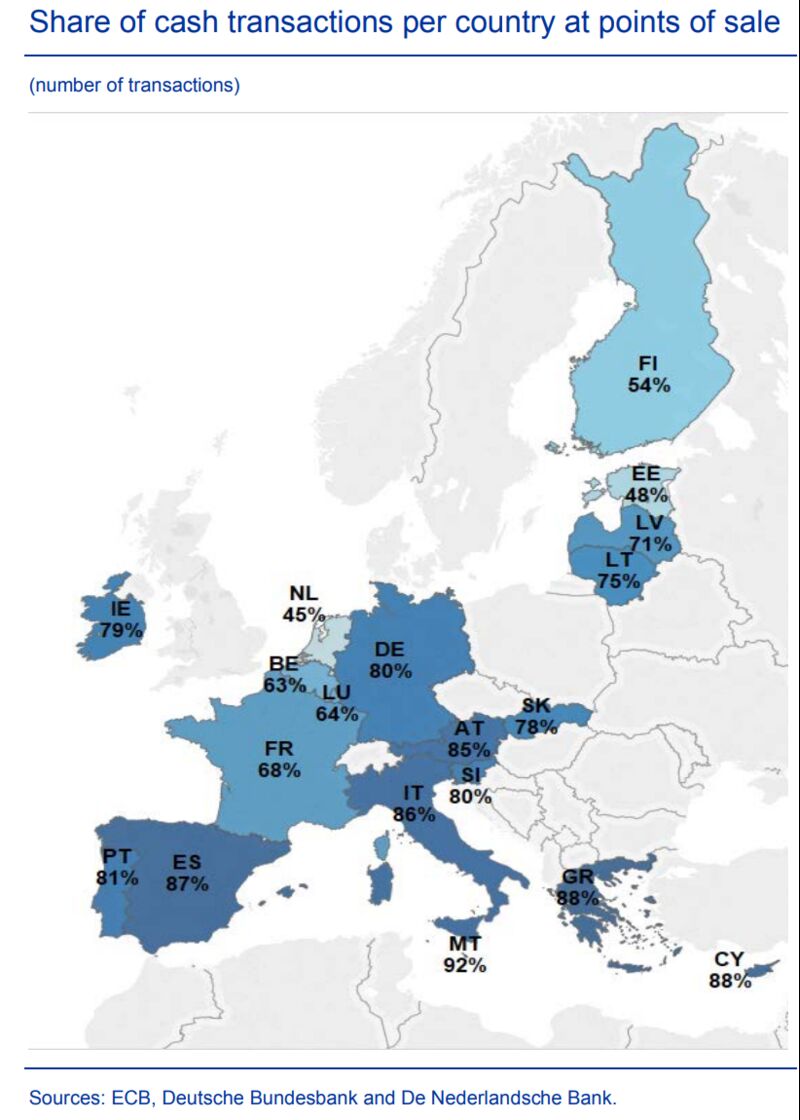 The study also found that many people don’t actually know their own payment habits. When asked how they prefer to pay, a larger share of respondents said card, not cash. That may be because nearly two-thirds of all transactions are below 15 euros, the report said. Purchases of coffee and lottery tickets don’t stick in the mind as much as, say, a new pair of shoes.

The experience of some countries shows how things can change though. While contactless cards accounted for just 1 percent of payments across the euro area in 2016, the figure was almost 10 percent for the tech-savvy Netherlands. The authors of the study say that the small size of contactless payments  – 81 percent of transactions are below 25 euros – give the technology great potential.

This could have a significant impact on the use of cash for smaller-value payments. Especially given that respondents who prefer cash and those who prefer cards both appear to place importance on the transaction speed.

For those who prefer physical money though, an important question is where’s the nearest cash dispenser? The survey found that satisfaction with access to ATMs and banks for easy withdrawals was highest in tiny Cyprus and Malta, but a bit of a struggle in Latvia and Lithuania.