The recent borrowing boom caused total outstanding U.S. corporate debt to rise to over 45% of GDP, which is even worse than the level reached during the past several credit cycles. 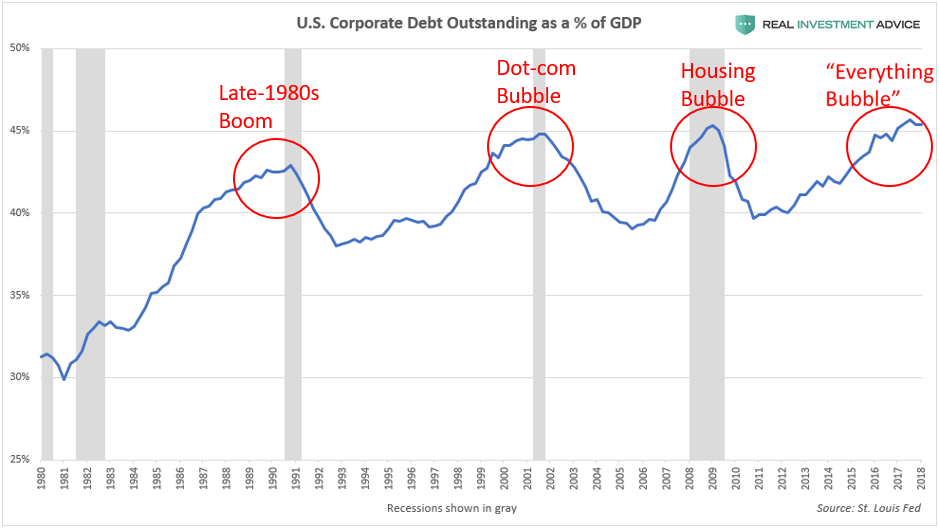 U.S. corporations have been using much of their borrowed capital to buy back their own stock, increase dividends, and fund mergers and acquisitions - activities that are known for boosting stock prices and executive bonuses. Unfortunately, U.S. corporations have been focusing on these activities that reward shareholders in the short-term, while neglecting longer-term business investments - hubristic behavior that is typical during a bubble. The chart below shows how share buybacks and dividends paid increased dramatically since 2009: 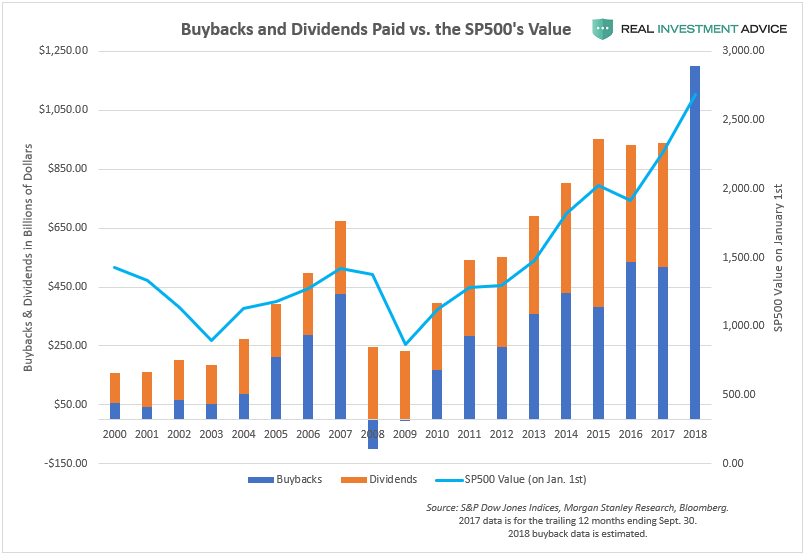 During the dot-com bubble and housing bubble stock market cycles, margin debt peaked at roughly 2.75% of GDP. In the current stock market bubble, however, margin debt is nearly at 3% of GDP, which is quite concerning. The heavy use of margin at the end of a long bull market exacerbates the eventual downturn because traders are forced to sell their shares to avoid or satisfy margin calls. 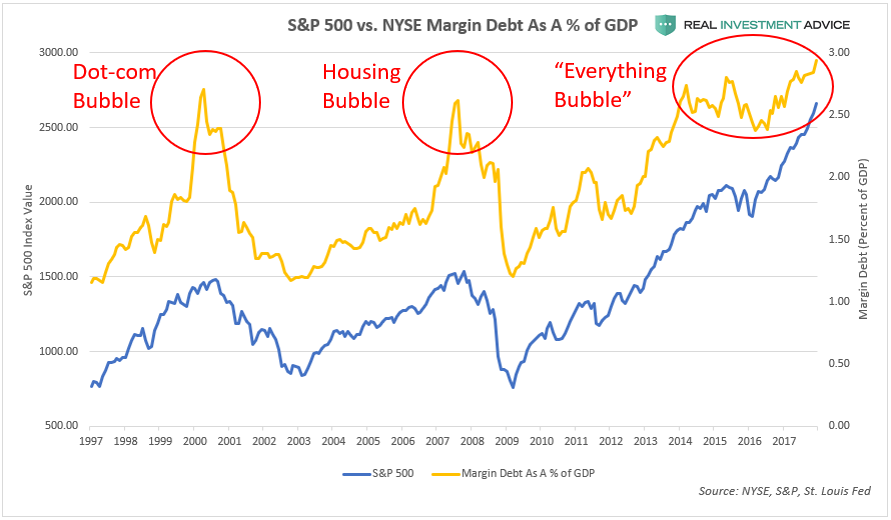 Warren Buffett’s "favorite indicator" - the U.S. stock market capitalization-to-GDP ratio (the total value of the U.S. stock market divided by the GDP) - also confirms that the stock market is overvalued relative to the actual economy and is at an even more extreme level than it was during the dot-com bubble. Buffett claimed that this indicator is “probably the best single measure of where valuations stand at any given moment."

The Fed Funds Rate chart below shows how the last two recessions and bubble bursts occurred after rate hike cycles; a repeat performance is likely once rates are hiked high enough. Because of the record debt burden in the U.S., interest rates do not have to rise nearly as high as in prior cycles to cause a recession or financial crisis this time around. In addition to raising interest rates, the Fed is now conducting its quantitative tightening (QT) policy that shrinks its balance sheet by $40 billion per month, which will eventually contribute to the popping of the stock market bubble. 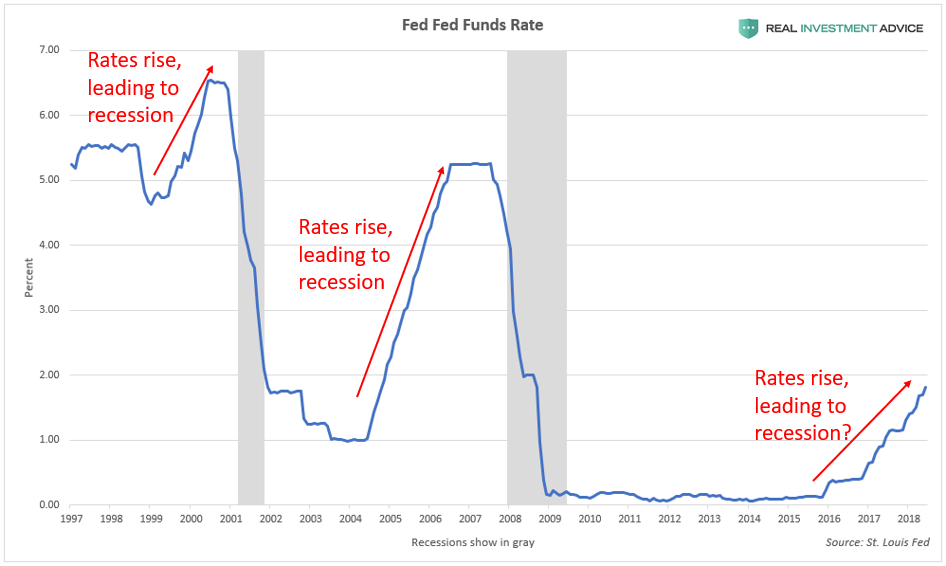