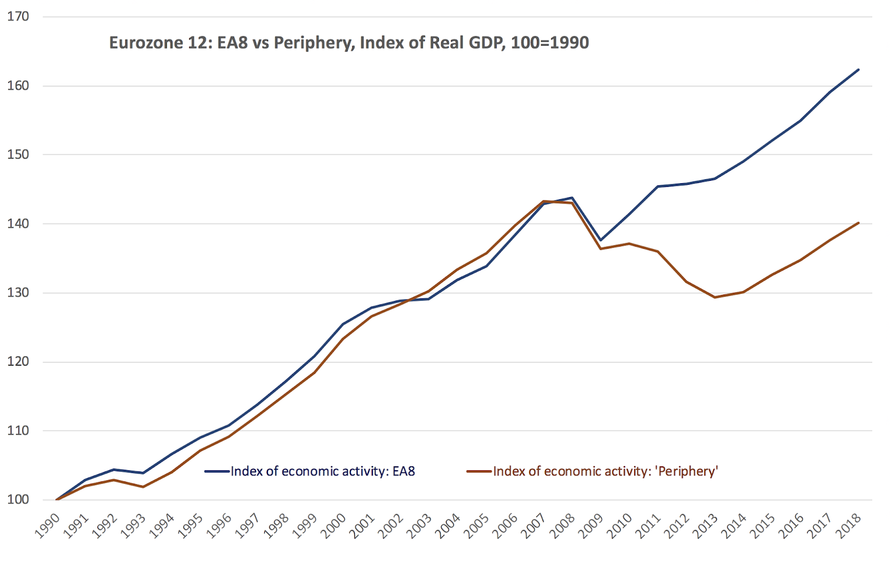 Not only the divergence is dramatic, but the euro area 'peripheral' economies have not fully recovered from the 2008-2013 crisis, with their total real GDP sitting still 3.2 percentage points below the pre-crisis peak (attained in 2007), marking 2018 as the eleventh year of the crisis for these economies.

With Italy now in a technical recession - posting two consecutive quarters of negative growth in 3Q and 4Q 2018 based on preliminary data, and that recession accelerating (from -0.1% contraction in 3Q to -0.2% drop in 4Q) we are unlikely to see any fabled 'Euro-induced convergence' between the lower income states of the so-called Euro 'periphery' and the Euro area 8 states.