U.S. household wealth recently hit a record of 535% of the GDP, while the historic average since 1952 is 384%. As I've explained in my report, when U.S. household wealth reaches an extreme relative to the underlying economy or GDP (as it did in the prior two bubbles), a mean-reversion or a correction is in the cards. The most recent household wealth bubble has benefited the rich over the middle class and the poor because the rich own a disproportionate amount of assets such as stocks and bonds, which have been inflated by the Fed since the Great Recession. 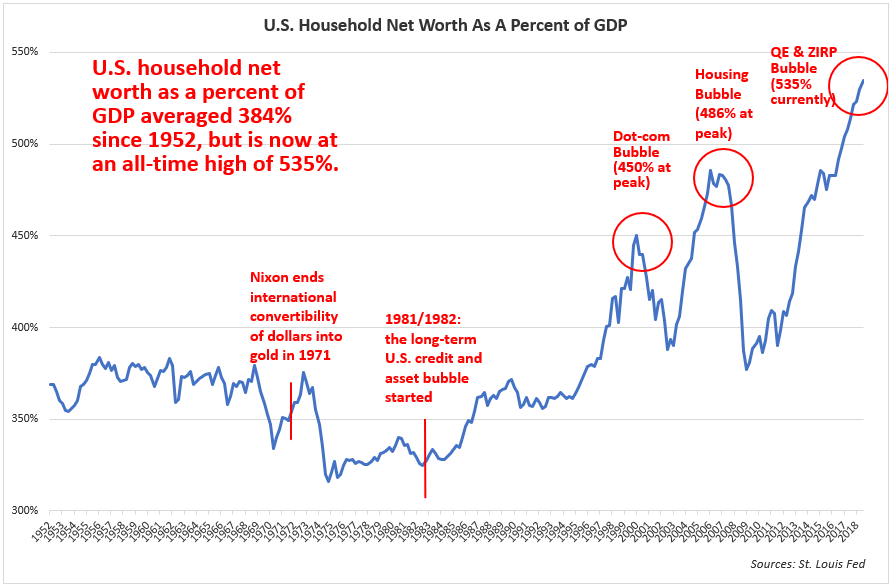