Secretary of State Pompeo told Fox News earlier in the day that the US was mulling the possibility of banning social media app TikTok in the US, but tonight Bloomberg reports that some top advisors have suggested the Washington should undermine the Hong Kong dollar’s peg to the US dollar.

According to people familiar with the matter, Bloomberg reports that the idea of striking against the Hong Kong dollar peg - perhaps by limiting the ability of Hong Kong banks to buy U.S. dollars - has been raised as part of broader discussions among advisers to Secretary of State Michael Pompeo but hasn’t been elevated to the senior levels of the White House, suggesting that it hasn’t gained serious traction yet. 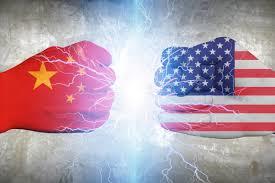